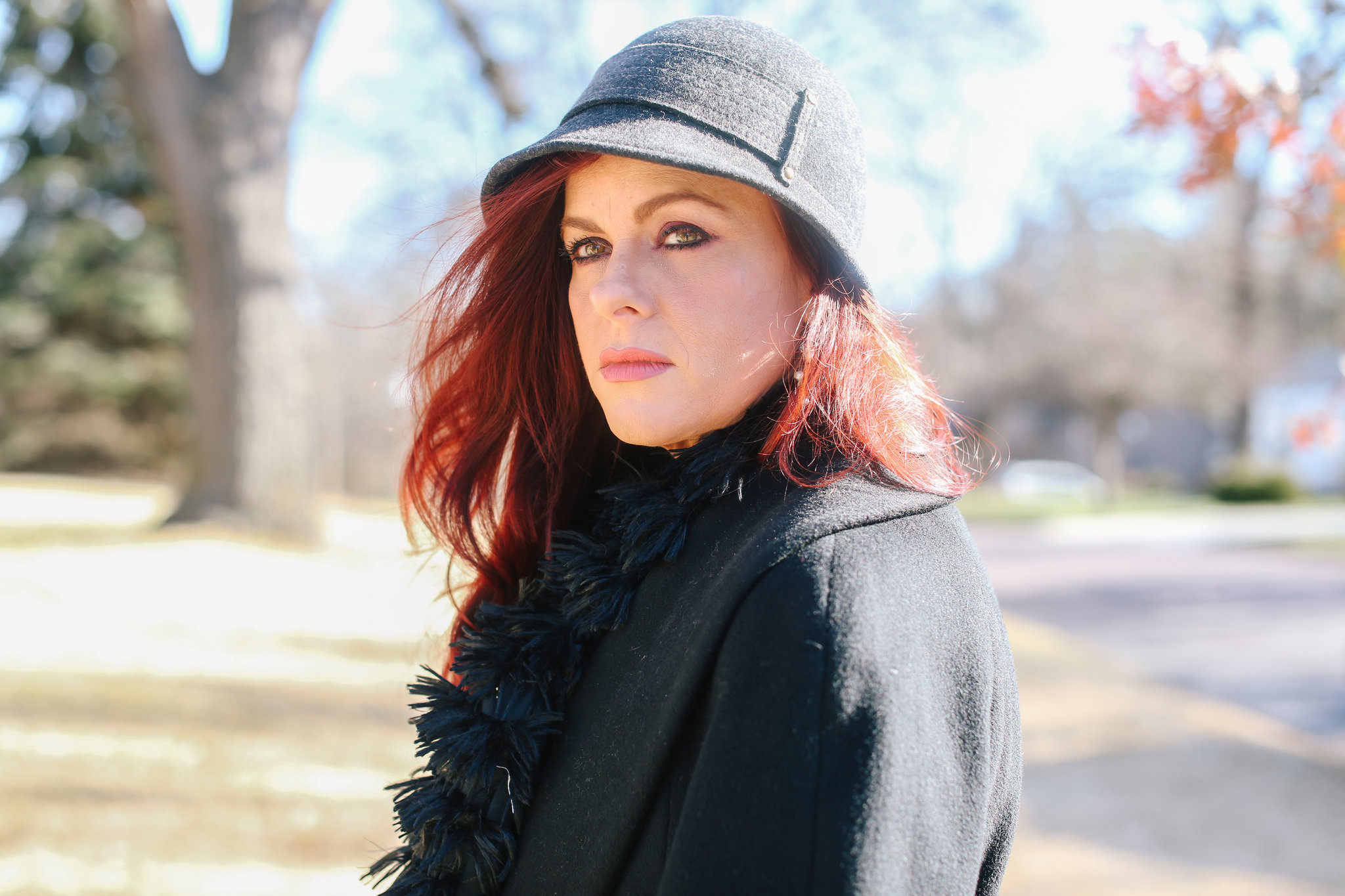 Emery Lindsley said was ignored when she went to the human resources department of her former employer with a complaint about an executive. “She didn’t even write it down,” Ms. Lindsley said. “She didn’t seem to take it serious at all.”

Emery Lindsley was addressing her food and beverage staff at the Omni Corpus Christi Hotel in Texas in 2012 when a corporate executive suddenly placed his hand over her mouth to keep her from speaking.

The executive then began commenting on the appearance of a woman on Ms. Lindsley’s staff, even asking if the staff member had a steady relationship with her boyfriend, Ms. Lindsley recalled.

As she had been taught at the company’s annual — and mandatory — harassment training, Ms. Lindsley reported the executive’s actions to her human resources department.

“I went to H.R. and said, you need to do something,’’ said Ms. Lindsley, who made these allegations in a lawsuit she filed against Omni Hotels & Resortsand its parent company in October. “I was embarrassed and humiliated about how he had treated me in front of my team.’’

“But she ignored me,’’ Ms. Lindsley said in an interview. “She didn’t even write it down. She didn’t seem to take it serious at all.”

Ms. Lindsley’s experience illustrates the complicated role that human resources departments play in harassment cases. The recent outpouring of complaints from women about mistreatment in the workplace has included numerous accounts of being ignored, stymied or retaliated against by human resources units — accounts that portray them as part of the problem, not the solution.

The lack of trust manifests itself as a self-perpetuating quandary: Women are hesitant to approach human resources departments and those departments cite the absence of complaints as proof of a respectful workplace.

A 2016 study by the Equal Employment Opportunity Commission reported that of all the options available to workers experiencing harassment — avoid the harasser, consult with family members — the least common response of either men or women was to take some formal action.

Experts point to a several contributing factors. Human resources departments, while officially responsible for fielding employee complaints, also work for a company that faces potential liability — an inherent conflict of interest. And for some human resource officers, conducting an investigation into harassment allegations against a top executive or star performer can be hazardous to their own careers. The result can often be that human resources personnel are more inclined to suppress allegations than get to the bottom of them.

“H.R.’s client is the company, which means that H.R. is supposed to protect the company’s interests,” Cynthia Calvert, discrimination lawyer and senior adviser to the Center for WorkLife Law in San Francisco, said in an email.

The Uber engineer Susan Fowler said she saw that calculus play out firsthand when she reported inappropriate messages from her manager to human resources. The individual was deemed a “high performer,” and received only a warning about his behavior, Ms. Fowler wrote in a blog post about her experience.

At best, human resources officials may be caught in a thankless bind.

“Most H.R. people I interact with — and I’ve probably interacted with thousands — are pretty empathetic people,” said Joseph Beachboard, a lawyer who advises companies on dealing with harassment and discrimination allegations.

“They want to resolve these disputes,” he continued. “But they’re stuck in this middle ground between are they kind of advocating for employees, or do they represent management.”

Calls for Help That End Only in Hurt

Often employees fear that human resources will help the company lash out at the accuser rather than punish the accused.

Kamee Verdrager, an employment lawyer in New Hampshire and Massachusetts, filed a legal complaint that said her supervisors at the law firm Mintz Levin, her former employer, gave her less meaningful work and unfairly harsh performance evaluations after she spoke up about experiencing harassment and after she went on maternity leave. The firm later demoted and fired her.

Ms. Verdrager’s complaint said that the firm’s human resources department enabled retaliation against her by refusing to seek evaluations from partners who praised her work but were outside her practice group — the same group where she said she had been harassed and discriminated against — despite customarily considering outside evaluations.

Even if a human resources department doesn’t actively retaliate, it may opt for a course of action that is still troubling: indifference.

According to the suit, a human resources official responded to Ms. Santana’s report by saying that the behavior of her boss was not “that bad” and that “we can fix him.” Another human resources official told Ms. Santana that she needed to learn how to get along with the company’s leaders, the suit alleges. After being diagnosed with post-traumatic stress syndrome stemming from her job, Ms. Santana went on unpaid leave from the company.

“Marsh takes all accusations of sexual harassment extremely seriously,’’ the company said in a statement. “Once these particular allegations were brought to our attention, we promptly carried out a thorough investigation. Marsh intends to vigorously defend this matter.”

Ms. Lindsley, the former Omni director, who started as a server at an Omni Hotel restaurant and eventually became the first woman to be named director of food and beverage at a hotel, said human resources ignored virtually all of the sexual harassment and other grievances she made to the department during her 15 years with the chain, according to allegations she made in her complaint and in an interview.

The various human resources directors she spoke with rarely interviewed people Ms. Lindsley had said were witnesses to the behavior, she said. Ms. Lindsley also said there appeared to have been no confidentiality in the system — that her boss and others were made aware she had complained about them.

In an emailed statement, a spokeswoman for Omni and its parent company, TRT Holdings, said: “While we do not comment on active litigation, we want to be clear that we dispute Ms. Lindsley’s allegations and will defend against her lawsuit.”

While many human resources officials would undoubtedly prefer to respond more vigorously to harassment complaints, the fact that they work for the company places significant limits on them — even down to the most basic human interactions. For example, human resources officials must carefully parse their words when speaking with accusers for fear that their remarks could later be introduced as evidence in court.

“She has spent hours if not days trying to figure out how she’s going to tell you, and you want to have tissues there because she is going to cry in your office,” said Kate Bischoff, a human resources compliance consultant. “But you can’t say, ‘I’m so sorry’ because that could be an acknowledgment” of wrongdoing.

Even if human resources officials conclude that the accused should be disciplined or fired, they typically have no independent authority to make it happen.

“I have not met an H.R. person who doesn’t want to do right thing for employees,” said Ms. Bischoff, who is a former human resources official. “That said, they’re in the same power structure that the employee alleging harassment is in.

“If you’re looking at terminating someone who is very valuable to the company, that puts the H.R. person at risk too,” she added.

Shortly after Patricia Lebens began working as a human resources official for a Minnesota medical device manufacturer called PMT, she became aware that the founder refused to hire women or anyone over 40 as a sales representative, according to an EEOC complaint.

After concluding that the founder would not change these policies, she anonymously tipped off the Equal Employment Opportunity Commission, but quit after the founder vowed to “go after” the person responsible for the report.

Roughly two years later, shortly after the company founder finally discovered that it was Ms. Lebens who had alerted the agency, the company enlisted the local sheriff’s office to investigate Ms. Lebens for purportedly stealing nearly $2,000. (The charge proved unfounded, and the E.E.O.C. later won compensation for Ms. Lebens and rejected job applicants as part of a settlement with the company.) Ms. Lebens declined to comment, and the company did not respond to repeated requests for comment.

More often, however, the women who come forward with complaints about harassment say they wind up being ostracized, or made to feel uncomfortable in their jobs. Some eventually quit or are pushed out of the company.

For Ms. Lindsley, the last straw came during a wine-promotion trip in Chile in 2015. One of only two women among the 50 executives in attendance, Ms. Lindsley said some of the men on the trip suggested she could make more money working as a prostitute in Chile than as a hotel executive.

Ms. Lindsley left the chain the next year.

“I felt like all of those sexual harassment workshops we went to were a big waste of time,” said Ms. Lindsley, who now works for a hotel chain in Des Moines. “I personally never felt when I went to human resources about a sexual harassment complaint that it was handled appropriately and that I was protected.”