You are here: Home / TECHNOLOGY / Procedures For Setting up Router for Gaming…

Setting up a router is not as easy as some may think, especially when it comes to intensive uses such as gaming where there’s no room for lag. In today’s day and age, many multi-player games require a good internet connection to ensure a smooth and uninterrupted gameplay.

But there’s a lot more to it than just having a high-speed internet. If not set up correctly, even a good internet connection can let you down in the most crucial of times and you might end up with a broken screen with your controller sticking out of it owing to all that rage. To put it simply, a gaming network has more to it than just a blinding internet speed and fancy hardware. 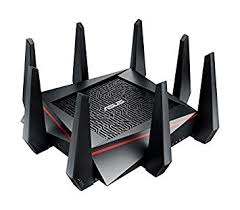 1. How You Can Get the Right Router

Aparently, the router is a “device that forwards data packets between computer networks”. Putting it in Layman’s terms, it is a device needed to “route” data to different users on the same network.

There’s a wide variety of routers out there, each with its own specs for different user needs. But with the advancement in the router technology, there are now amazing gaming routers available too which perform really well for 4k gaming.

Brands that offer gaming routers include D-Link with their DGL series, Netgear with their WNHDE111, Linksys with their WR330N and so on.

All the gaming routers differ from normal routers by the fact that they offer an adjustable Quality of Service (QoS). An adjustable QoS is vital for any gaming setup.

Nonetheless, is not everyone that can accommodate a wired connection. The reasons may vary but most cases involve it being restrictive or that it does not go with most house configurations. In this regard, a wireless network is all the more convenient, but it does give up on stability.

Obviously, there are many users connected to an internet connection, each with their own use. In a typical household, not everyone needs internet just for gaming.

It’s usually limited to a few members but even if you have an internet connection with a decent speed, it may be affected by the simultaneous usage of different members and may result in a bad gaming experience.

This is where QoS comes into play. What it does is let you decide how you want your data to be routed. You can adjust it in such a way that, the router identifies the users who are gaming and prioritizes them leading to a better speed for gaming compared to other users on the gaming field. 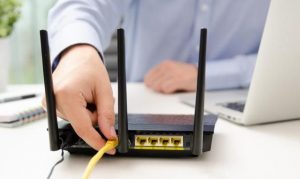 A Virtual Private Network (VPN) is a secure network that acts as a tunnel between the user and the server. It helps connections to stay free of interruptions to ensure seamless communications.

A gaming VPN is essential as it, along with UPnP, further helps games access their servers along with offering the best latency and pings in the minimum possible. Best VPN services include VyperVPN, Windscribe and TunnelVPN.

After doing all these, you’re pretty much good to go. Although, it still recommended to understand what type of games you play, their network requirements and is advisable to read the instruction manual every once in a while, after this you are good to go…

NOTE: HThe next and probably the most crucial step here is the security. Most people ignore it thinking it’s not that important but that is not the case.

Hackers know about these default credentials as they are available online and you may end up with a hacked router which is nothing short of a pain. It is a good practice to change the default credentials to those of your own while setting up a router to avoid being hacked out of your internet connection during a gaming session. However, that doesn’t sounds preety good so it’s a good idea to accommodate security by following the right step of the Gaming setting up procedures… 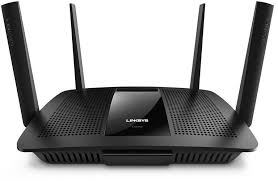 Most of the online games need to constantly send and receive data to and from their respective servers in order to function properly. If that is prevented, the connection might get lost and the gameplay can get interrupted. This communication is done through network ports.

Technically, some specific games require different ports to conduct this and it can get complicated to give a game access to each port manually. To solve this, you can use the Universal Plug N Play (UPnP) setting in your routers. What it does is automatically allow each individual game to use any ports they require to communicate and accessed.

How to Run a Micro, Small, and Medium Enterprises (MSMEs) in Nigeria Successfully Sometimes in most … END_OF_DOCUMENT_TOKEN_TO_BE_REPLACED

FUNCTIONS OF THE EXECUTIVE ARM OF GOVERNMENT When it comes to the concept of separation of power, … END_OF_DOCUMENT_TOKEN_TO_BE_REPLACED