Peoples Democratic Party , ( PDP ) has alleged that President Muhammadu Buhari ’ s two -week vacation in London is a strategy designed with senators of the All Progressives Congress ( APC) to impeach senate president , Bukola Saraki and his deputy , Ike Ekweremadu .
PDP also alleged that the president ’ s departure to London is to exonerate him from the planned invasion of the National Assembly.
President Buhari announced he will be in London during his 10 – day holiday which begins August 3 to August 13 . Vice president Yemi Osinbajo will be in acting capacity pending his return .
“ President Buhari is now jetting out of the country so as to appear innocent and oblivious of the political terrors about to be unleashed on the National Assembly , ” PDP spokesman, Kola Ologbodiyan said in a statement .
“ The party is aware of plots already perfected in a meeting , on Wednesday night, between the Presidency and some compromised All Progressives Congress ( APC) senators , who are now in the minority , to forcefully reconvene the Senate with protection from security agencies, with a view to impeach Senate President Bukola Saraki and Deputy Senate President Ike Ekweremadu . ”
PDP said it “ knows that the desperation to illegally take control of the National Assembly is part of the design to undermine our democratic institutions and completely foist a dictatorial regime on our nation . ”
The party stated that the planned invasion by the presidency is also a bid to cover the “ atrocious and humongous corruption of the Buhari administration ” , which the National Assembly is set to expose.
“ It is clear that President Buhari and the APC are hugely terrified and distressed by the gale of defections from their fold and have resorted to underhand methods , threats and intimidation , irrespective of the damage being inflicting on the polity , ” Ologbodiyan said .
PDP also accused the APC and president Buhari of sponsoring the failed attempt by eight Benue House of Assembly members to impeach Governor Samuel Ortom .

MARKETING AND ITS ROLE IN THE SUCCESS OF A BUSINESS It is only right that after the start of a business and the final product is ready, it is taken […]

MARKETING AND ITS ROLE IN THE SUCCESS OF A BUSINESS It is only right that after the start of a business and the final product is ready, it is taken […] 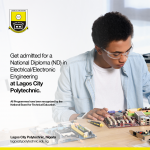 TOMATO FARMING BUSINESS IN NIGERIA Tomato is almost in every meal prepared in every home in Nigeria, and Africa at large. And for this reason, tomato is one of the […]

PHONE REPAIRS BUSINESS IN NIGERIA The Telecommunications company in Nigeria is one of the most lucrative industries in Nigeria. This is mostly attributed to the gross percentage of the Nigerian […]