You are here: Home / TECHNOLOGY / How zero capital vote may hamper NIPOST reforms 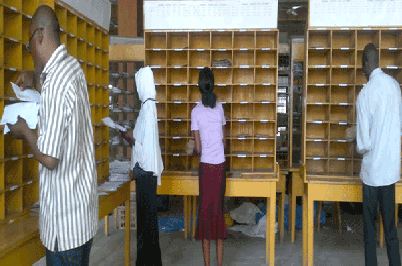 The ongoing reforms in the Nigerian Postal Service, Nipost may be facing a serious challenge of under-funding and so may end up on paper. This is evident in the just approved N9.12 trillion budget for 2018 fiscal year, in which Nipost got zero allocation for capital projects, CAPEX, despite the ongoing reforms in the agency.
In the 2018 budget, the sum of N19.8 billion was approved for the whole communications ministry and out of this amount, NIPOST received a total of N8.2 billion for the fiscal year. But the whole amount went to recurrent expenditure as there was no provision for capital projects.
Also in 2017, the sum of N7.9 billion was allocated to the agency for recurrent expenditure with no provision for its capital spending.
The situation was the same in 2016 as the budget did not provide capital expenditure for the NIPOST but only provided N6.694 billion for recurrent expenditure. This means that the sub-sector may be handicapped to engage meaningfully in its ongoing reforms. It will only have to pay salaries from its recurrent allocations.
It will be recalled that Nipost had in July last year, commenced the implementation of its four-year reform programme, even before the passage of the Nigerian Postal Service Reform Bill currently before the National Assembly.
The reform titled: NIPOST VISION 2020-Embracing the Future Today, include overhauling the entire management of the organization, diversifying the range of services, turning the component units into business entities and also rightsizing the workforce. The whole idea is to make the agency self-reliant and self-sustaining at the end of the four years’ window.
NIPOST Director of Strategy and Business Development, Abdulkarim Baba, told Hi-Tech that in the absence of capital allocation from the national budget, the agency has been managing to fund the reform for the past one year with its meagre Internally Generated Revenue, IGR.
“We fund all these reforms from our Internally Generated Revenue, IGR, no kobo has been given to us to fund these activities. The reason why the reform had not been implemented in the past is because of lack of funding because the consultants the BPE engaged had presented their reports and showed implementation plan and cost is huge in 2008, running into N40 billion.
“The FG was worried about where to get the money and that made everybody averse to the reform. We felt we can do it, let’s take it gradually. We do not have to have N40 billion at a go, since we are determined to fund this gradually. For all the structural change we have made, it was from the same IGR they were carried out. As the resources come trickling, we spread them very thin, and that is why the effect is very minimal. But where there are huge resources available we can deploy and the effect can be visible in a very short time. The change is not being seen immediately, because there is huge gap.
“For the past one year, we have embarked strongly on the implementation of reform. A lot has happened. The structure which is key has been completed. We have changed the structure of the organization. We used to have the Post Master General, the Deputy Post Master General. These were purely civil service nomenclatures but we have broken them down.

DSTV Nigeria: A Giant in the Nigerian Entertainment Television Industry The DSTV (The full meaning … END_OF_DOCUMENT_TOKEN_TO_BE_REPLACED

PURE WATER BUSINESS IN NIGERIA Clean water is a fundamental and basic need for human beings. Our … END_OF_DOCUMENT_TOKEN_TO_BE_REPLACED

BAKERY BUSINESS IN NIGERIA Bread is one of the most consumed staple food around the world. It … END_OF_DOCUMENT_TOKEN_TO_BE_REPLACED

UNILORIN Postgraduate Programs, Courses and Admission Requirements The University of Ilorin is one … END_OF_DOCUMENT_TOKEN_TO_BE_REPLACED

FUTO ADMISSION REQUIREMENTS , COURSES AND PROGRAMS Are you a prospective candidate with dreams and … END_OF_DOCUMENT_TOKEN_TO_BE_REPLACED