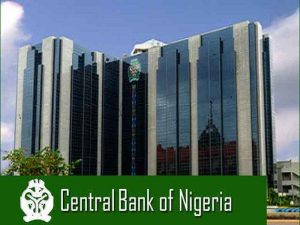 Direct investments into Nigeria in the first quarter of 2018 declined by 15.7 per cent to about $808.56 million, the Central Bank of Nigeria (CBN) said in its latest Balance of Payments Report.

The decline was in relation to direct inflows in the last quarter of 2017 which stood at about $959.5million, the report showed.

In contrast, the report also showed portfolio investment inflows increased to $5.14 billion during the same period, from $3.8 billion in the previous quarter in 2017.

The report said the country’s provisional balance of payment estimates for the quarter showed an improvement, with $7.3 billon surplus compared to a surplus of about $6.18 billion in the preceding quarter.

Similarly, the country’s current account balance also improved significantly, from about $3.7 billion surplus in the last quarter of 2017 to about$4.5 billion in the first quarter of 2018.

The financial account balance indicated a net acquisition of financial assets of $10.3 billion in the review period against $3.9 billion recorded in the last quarter of 2017.

Earnings from non-oil and gas and electricity exports also increased by 12.3 per cent to $967.08 million in first quarter of 2018 when compared with the preceding quarter.

DSTV Nigeria: A Giant in the Nigerian Entertainment Television Industry The DSTV (The full meaning … END_OF_DOCUMENT_TOKEN_TO_BE_REPLACED

PURE WATER BUSINESS IN NIGERIA Clean water is a fundamental and basic need for human beings. Our … END_OF_DOCUMENT_TOKEN_TO_BE_REPLACED

BAKERY BUSINESS IN NIGERIA Bread is one of the most consumed staple food around the world. It … END_OF_DOCUMENT_TOKEN_TO_BE_REPLACED

UNILORIN Postgraduate Programs, Courses and Admission Requirements The University of Ilorin is one … END_OF_DOCUMENT_TOKEN_TO_BE_REPLACED

FUTO ADMISSION REQUIREMENTS , COURSES AND PROGRAMS Are you a prospective candidate with dreams and … END_OF_DOCUMENT_TOKEN_TO_BE_REPLACED