by
Filed under:
The Central Bank of Nigeria (CBN) flagged off its intervention in the sale of foreign exchange in Chinese Yuan (CNY), Friday, signaling the consummation of the Bilateral Currency Swap Agreement (BCSA) signed with the People’s Bank of China (PBoC) on April 27, 2018. CBN, in a statement disclosed that the sales would be through a combination of spot and short tenured forwards. Chinese Yuan. 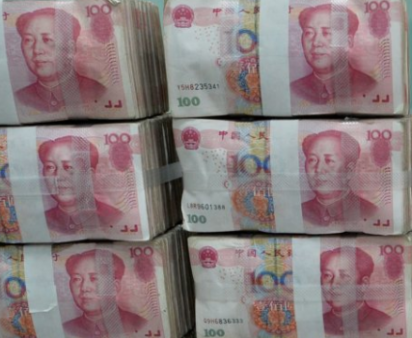 Chinese Yuan
It added that the exercise, which would be Special Secondary Market Intervention Sales (SMIS) retail, would be dedicated to the payment of Renminbi denominated Letters of Credit for raw materials and machinery and agriculture.
The bank’s spokesman, Mr. Isaac Okorafor, explained that the CBN would receive bids from all authorized dealers. He added that due to the peculiarity of the exercise, the CBN would not be applying the relevant provisions of its Revised Guidelines for the Operation of the Inter-bank Foreign Exchange Market, which direct all SMIS bids to be submitted to the CBN through the Forex Primary Dealers (FXPDs).
According to Mr. Okorafor, the CBN would also not be applying the relevant provisions of the Guidelines which equally provide that “Spot FX sold to any particular end-user shall not exceed 1% of the overall available funds on offer at each SMIS session”.
He explained that authorised dealers were requested to submit their customers’ bids from 9.00 am to 12.00 pm on Friday July 20, 2018, adding that bids received after the stipulated period would disqualified.
On funding, he disclosed that authorized dealers were to debit the customers’ accounts for the Naira equivalent of their bids, stressing that the CBN would debit authorized dealers’ current account on the day of intervention to the tune of the naira equivalent of their bid request.
Okorafor furtherexplained that there would be no predetermined spread on the sale of FX Forwards by Authorised Dealers to end-users under the Special SMIS-Retail, adding that authorised Dealers would be allowed to earn 50 kobo on the customers’ bids.
While also explaining that the bids were on Spot FX basis as the Authorised Dealers’ accounts with the CBN would be debited in full for the Naira equivalent of the USD bid amount, he advised customers that were not willing to accept the settlement terms not to participate in this Special SMIS – Retail.
Similarly, he disclosed that forward bids would be settled through a multiple-price book building process and would cut-off at a marginal rate to be disclosed after the conclusion of the Special SMIS – Retail process.
The CBN spokesman equally urged customers not willing to accept the terms of the forward rate not to participate in this Special Chinese Yuan SMIS Intervention.
Meanwhile, Okorafor emphasized that the CBN reserved the right not to make a sale if it had the impression that the exercise did not provide an effective price for the determination of the CNY/NGN exchange rate.

DSTV Nigeria: A Giant in the Nigerian Entertainment Television Industry The DSTV (The full meaning … END_OF_DOCUMENT_TOKEN_TO_BE_REPLACED

PURE WATER BUSINESS IN NIGERIA Clean water is a fundamental and basic need for human beings. Our … END_OF_DOCUMENT_TOKEN_TO_BE_REPLACED

BAKERY BUSINESS IN NIGERIA Bread is one of the most consumed staple food around the world. It … END_OF_DOCUMENT_TOKEN_TO_BE_REPLACED

UNILORIN Postgraduate Programs, Courses and Admission Requirements The University of Ilorin is one … END_OF_DOCUMENT_TOKEN_TO_BE_REPLACED

FUTO ADMISSION REQUIREMENTS , COURSES AND PROGRAMS Are you a prospective candidate with dreams and … END_OF_DOCUMENT_TOKEN_TO_BE_REPLACED